Whenever you read self-help books or websites they will always tell you to make sure that you ‘live in the now’ and that you seize the moment. There is a stigma it seems against living in the… then or the sometime… and as such many of us are programmed to act in the moment and to give less heed to what’s around the corner or to what’s been and gone. 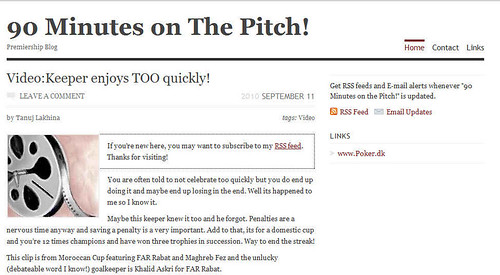 However this is of course a big mistake when it comes to SEO, and actually when you run a website living ‘in the now’ isn’t necessarily a good idea. While it’s still very poetic and might mean you are less stressed over the day to day runnings, it also leaves you somewhat short sighted and thus potentially prone to numerous issues. Here we will look at how you can avoid these potential issues, and how you can benefit from always keeping in mind the aspect of time when you’re creating any aspect of a website.

The first way that the time element comes into play when you create a website is in terms of how quickly you can break story when one comes up. For some websites there are no ‘breaking news’ stories and the industry they work in will generally continue to run along smoothly without much happening (foraging for instance is something that tends to remain pretty static). However, for the rest of us, breaking a news story first is a great way to ensure that we can the traffic to find our page before the competition exists and thus secure a position at the top of the SERPs.

Likewise, even if something isn’t ‘breaking news’ as such, it may be that certain ideas and stories are more popular at some times than at others. If you have an article about a celebrity then for instance, then that article will probably be more popular when the celebrity has brought out a new film which will give you a boost in traffic even though your article isn’t about that film. Otherwise simply writing about something that is gaining popularity, or just echoing the mood of the general public with an opinion piece can help you to secure a hit. The secret is to release these articles at the right time – just before they are about to be popular giving you time to do some marketing rather than just after when there’s lots of competition.

At the same time you also need to think about the relevancy of your pages and whether or not they’re still going to have any pull in say a year’s time. If your story is about something that’s just happened in the news then this won’t be likely to be worth much to you in even a few month’s time because simply it’s going to stop being relevant. Make sure then that if you do write about breaking news stories, you are able to keep the content coming as fast and strong as possible, and that you have at least some articles that are more editorial in nature and that are able to stand the test of time as a result.

It’s also worth considering this when phrasing your articles and deciding what references to use. If you reference something in the news you instantly date that article, and this will damage its relevancy and make it worth less to you if you ever come to sell it. Of course a great way to get around this problem is by periodically updating your pages to prevent this issue.

This post was written by James Sax, who works as a SEO manager for Link Wheeler – a firm that provides the best SEO and Link Wheel services for their clients. You can follow him on Twitter and learn more on the same.

My name is Foxy, and my job is to sniff out the good guest bloggers from the ones who aren't. This post was written by a contributing author to Blogging Tips. If you would like to learn more about becoming a writer (not one-time guest blogging) for BloggingTips.com, please contact us.